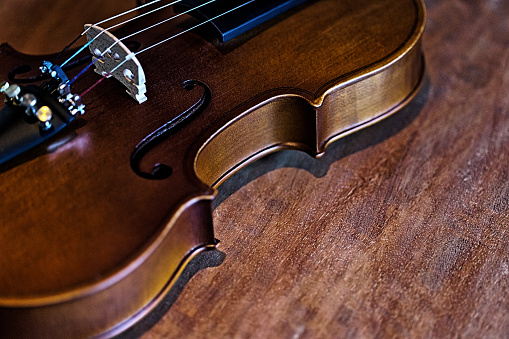 Join Metropolitan Opera Orchestra violinist Sylvia Danburg for an exploration of life in a major American orchestra! Engage with unusual performance stories, the audition process, how a violinist pursues a profession in the arts, and the benefits of following a discipline that begins in early childhood. There will be live violin performance and investigation into the making a life following your passion, as well as the benefits of engaging in group-think musical performance at any age. Come, listen, ask questions!

Sylvia Danburg, a native of Houston, Texas, began her musical education at Rice University and completed her Bachelor of Music at Juilliard with Glen Dicterow, concertmaster of the New York Philharmonic. She made her New York debut at Alice Tully Hall in 1996, where she was lauded by the New York Times for “both lyricism and virtuosity”. Sylvia performs chamber music and solo recitals worldwide, and is a regular performer in the Met Chamber Musicians series at Carnegie Hall. She has held the position of Associate Principal Second Violin at the Metropolitan Opera Orchestra since 2000, and makes her home in Hastings-on-Hudson.