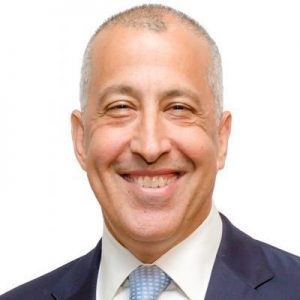 Adam Weiss has been leading education and youth-service organizations for more than twenty-five years. His background combines not-for-profit management, youth programming, and education policy, and he has served as an advisor to numerous organizations on strategy, governance, and program design. Prior to joining the Shames JCC, he was CEO of Ramapo for Children, a 100-year-old organization that works with schools, agencies, and families to create communities in which our society’s most vulnerable young people – children challenged by disability, trauma, and poverty – can learn and thrive. Previously, Adam was the founder and CEO of Oasis Children’s Services, a company that operates a network of summer enrichment programs for children throughout the New York metropolitan area. Earlier in his career, he was the Executive Director of the American Camp Association in New York, the Director of Education Initiatives at the Partnership for New York City, and an advisor in the Office of the Chancellor of the New York City Schools. He also designed and directed numerous summer programs, including academic enrichment programs at Amherst College and at Stanford University. Adam has a B.A. from Wesleyan University and a Master’s degree from the Yale School of Management. Adam lives in Irvington with his wife and two daughters and is a long-time member of the JCC.