The Jewish Roots of Flamenco with Anna de la Paz 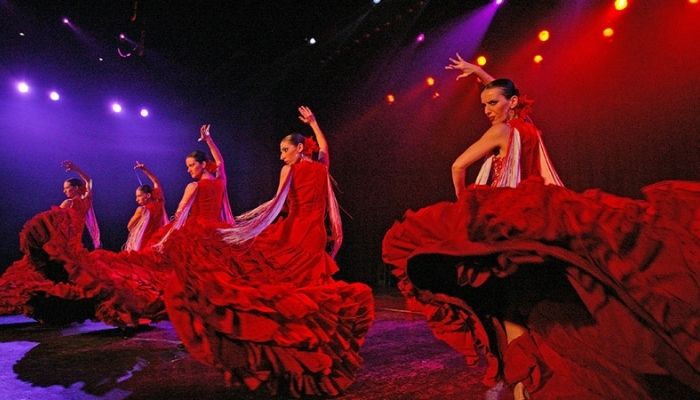 Flamenco is an art form that arose in Spain, influenced by various populations passing through or living in the southern region of Andalusia. Beginning in the third century BC, Gypsies, Sephardic Jews, Christians, and Moors all contributed to Andalusian culture. This presentation will discuss flamenco and its Jewish connection. Anna de la Paz is a Spanish dance artist specializing in classical and folkloric Spanish dances. After living in Spain and studying with such great master teachers as Mariemma and Pedro Azorín, she moved to New York City in 1999 and began working with Gabriela Granados and American Bolero Dance Company. As a freelance artist, she has performed throughout the New York area at various venues including Carnegie Hall. Anna de la Paz works in collaboration with mezzo-soprano Anna Tonna on many productions including, “Music and Dance in the times of the Duchess of Alba (1762-1802)”, created for the Hispanic Society of America in New York City.

She is the creator and producer of her own shows, which include Alegría Española, Migración and Memorias, and was on the creative team for Making Music Dance, a cross-fusion of flamenco, tap and world music. She was co-director of Walk to the Beat, an annual improvisational music and dance festival in Nyack, NY. In 2017, Ms. de la Paz was invited to perform in the Canary Islands, Spain at the Festival Atlántico in Gran Canaria. Anna de la Paz has been invited as a lecturer on Spanish dance at area colleges, universities and symposia, including the Foundation for Iberian Music’s international conferences on Enrique Granados in New York City and the “Transatlantic Malagueñas and Zapateados in Music Song and Dance” at University of California, Riverside. In 2018, Anna de la Paz co-founded with Anna Tonna, Hispanic Culture Arts, an arts education organization that brings the classical Spanish arts to the New York City schools. Current clients include PS 8 in Upper Manhattan, the New York School for the Deaf and the Hispanic Society Museum and Library. Ms. de la Paz currently lives in Nyack, NY with her husband and three children, where she continues to teach, produce and perform.