Join us, and teens from the Riverdale Y and the YM & YWHA of Washington Heights and Inwood, for the Teens Care: A Social Justice Film Series focusing on key areas chosen by this year’s Manhigut Institute Interns—gun violence, racial justice, education reform, and global warming! After each film, we’ll hear from a guest speaker and discuss how we can make a difference as a community and as individuals. Free but you must register.

October 20: Education Reform
Film: Teach Us All
Speaker: To come.

October 27: Global Warming
Film: Before the Flood
Speaker: To come. 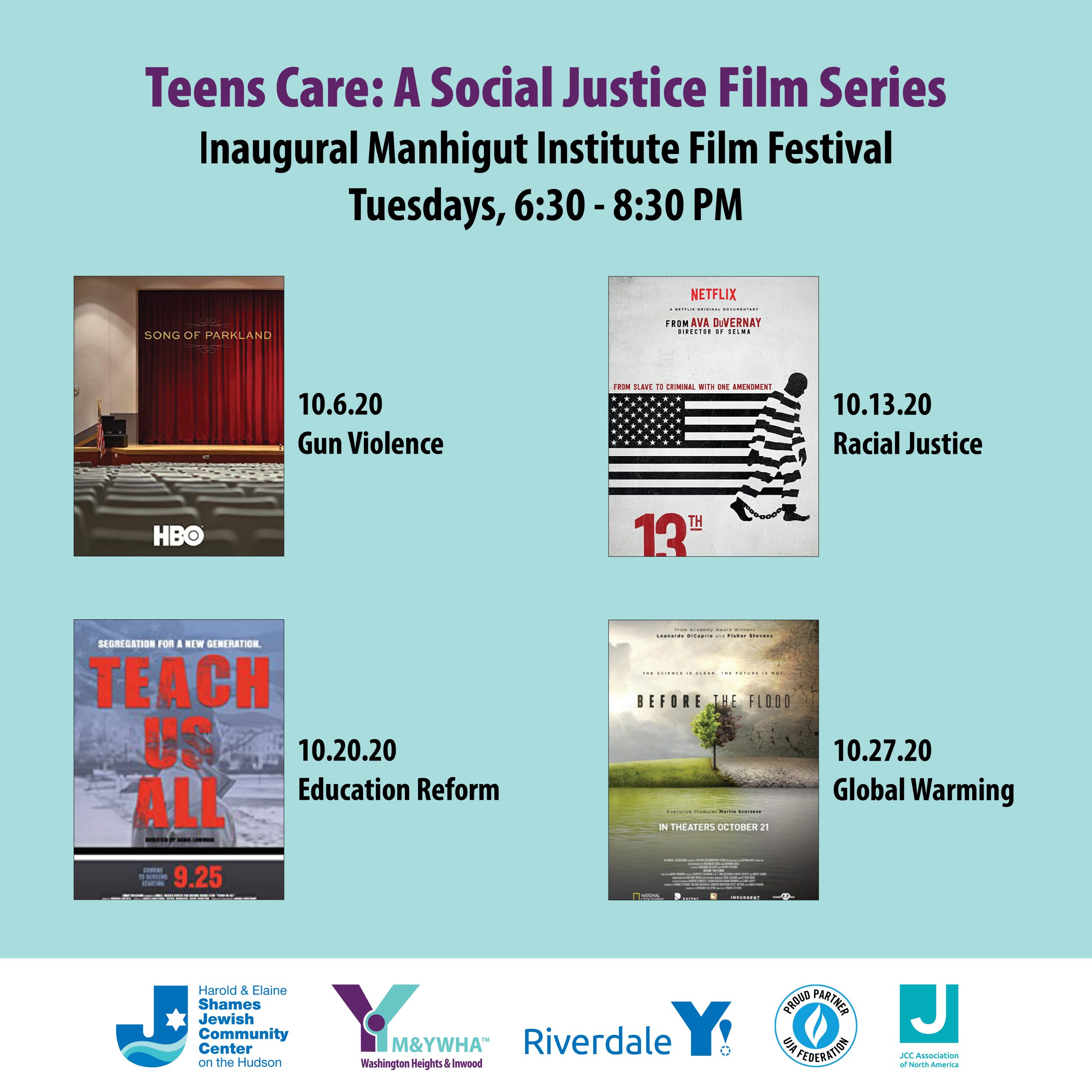