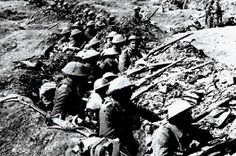 In each of the 4 sessions we will consider the literature generated by the war, with emphasis both on European and American authors.

The topics to be investigated, include:

. The role of the United States during the First World War, both “over there” and “over here,” and the war’s impact on American civil liberties and on the American pacifist movement (The Villards of Dobbs Ferry were leaders of that movement)

. The ambitions and fears which prevailed among the Great Powers in the years prior to August, 1914, and which finally led to war

. The strategies adopted by military leaders during the fifty-two months of war, which was fought on at least 12 fronts, and which led to casualties on an unprecedented scale

. The monumental changes which occurred as a consequence of the war.

Richard Borkow is the village historian of Dobbs Ferry and a trustee of the Dobbs Ferry Historical Society. He is the author of the 2011 book, George Washington’s Westchester Gamble, published by The History Press, and of Westchester County New York’s Role in the Revolutionary War, which appeared as a feature article in Westchester Magazine in July, 2013.